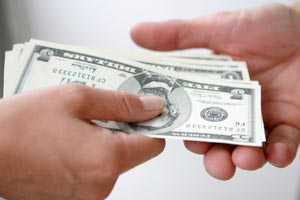 The Spanish debt auction proceeded in an orderly fashion even as yields crept higher. The general consensus appears to be that Spain is too big to fail. I would suggest that Spain might be too big to save. Spain is the European Union's fourth largest economy and 14th largest in the world. Last week, their credit rating was lowered to BBB+ by the Standard & Poor's rating agency. This week, they announced that their GDP had contracted by 0.3%. This quarter's decline marked the beginning of Spain's second recession since 2009. Finally, the composition of their debt makes any positive economic headway in the next few years nearly impossible.

The interest rate benchmark is the 10-year bond or note. Spain saw full participation at yields of 5.82%. There are two important points to be made here. First, the participation rate is measured by the bid to cover ratio. It was quite a bit stronger than the last auction in March, coming in at 2.9 compared to 2.4 for the last auction. The second point is the yield of 5.82%. The alarm bells sound when Spanish debt yields hit 6% on the 10-year note. That's the magic number at which Spain can no longer afford to refinance or, rollover the financing of their budget. Spanish yields have solid resistance between 6.125% and 6.25%. They peaked at 6.625% in November 2011.

The International Monetary fund released a report on the European Union and the global debt issues entitled, "Global Financial Stability Report." Spain's BBB+ credit rating is three notches above junk status. According to the IMF the probability of default on BBB+ credit has risen from 0.734% in 2007 to 6.05% at the end of 2011. I believe that the recent pitches by the BRIC's (Brazil, Russia, India and China) to contribute to the bailout funds and push the total available reserves to $430 billion has been received by the markets as restoring confidence, rather than preparing for financial Armageddon.

Spain's primary source of trouble is the bursting of a housing boom bubble. Sound familiar? Here in America we struggled through the economic crisis as unemployment peaked at 10%. Meanwhile, the number of homes in foreclosure peaked at 8.12 million in January of 2010 and drove home values here down approximately 25%. Spain's unemployment rate is nearly 25% and close to 50% for people under 25. The Spanish real estate boom put 80% of the population in home ownership. Foreclosure rates are now topping 10% at some banks and the unemployment situation is creating a death spiral. This is leading to marked to market values on repossessed homes as much as 60% below their peak. Marked to market values leave the repossessing bank with an over leveraged asset and reduces their capital base further constricting their economy.

Spanish banks packaged their loans for resale on the commercial credit market as mortgage backed securities. These securities were prime at the time of origination. However, as their economy has declined the nonperformance of these loans has placed more of them in the default category. Some of these mortgage pools now contain up to 14% of mortgages more than 90 days over due. The obvious conclusion is that many Spanish banks are in trouble.

The European Central Bank and the IMF have teamed up to try and save Spain from themselves. The Troubled Asset Relief Program (TARP) committed $470 billion to U.S. banks and the auto industry in order to keep people in their homes and on the job. The $430 billion that has been pledged to save Spain will not be enough to cover the mortgage losses. Furthermore, the average Spaniard's primary asset is their home, which accounts for approximately 80% of their net worth. The Spanish debt will be hard to spread around.

This leads to the IMF report on national household deleveraging within the constructs of a banking crisis, which found that the deleveraging process trims an average of 1.45% of GDP. European corporations are already hurting. The lowest levels of corporate credit have skyrocketed from 2% of total corporate credit to almost 16% of total corporate credit in the last 5yrs. How will the ECB decide which ones are worth saving and how will Spain feel about relinquishing their sovereignty to the decisions of the ECB and the IMF? Government has never been very successful at manipulating markets over the long haul. I believe the bond auction was palliative only because investors are certain the ECB will backstop their purchases just as we have grown accustomed to the Bernanke Put here in the U.S. Finally, when government's lose control of the markets they have been manipulating, the disaster is spectacular.

Easy Cash Online Up To $ 1500 Overnight. No Credit Required. Approved Instantly. Apply Now For Your Cash! 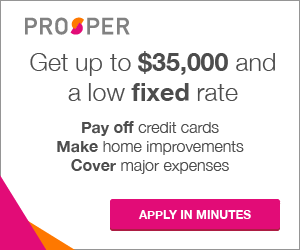